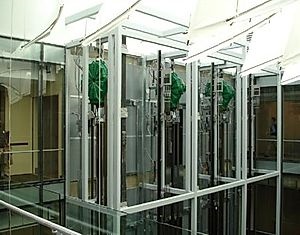 The Future is Now - Elevator World

"The wave of the future," says Shannon Knall, manager of international public relations for Otis Elevator Company, "is a move towards creating buildings in which the machine room is eliminated." W. John Reinartz of Reynolds & Reynolds Electronics, Inc. agrees. "Here we are eight years later and it appears that it is happening." 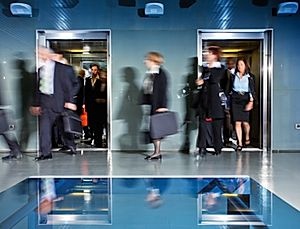 Have you considered how people will exit hydraulic or traction elevators that have unexpectedly stopped between floors during a power outage? 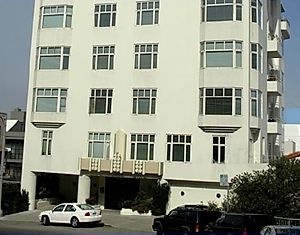 Reynolds & Reynolds Electronics, Inc. (R&R) is a leading manufacturer of elevator emergency-return units (ERUs.) R&R has been in business for more than 17 years and witnessed many technological changes in the elevator industry. The latest change has been an increased demand for traction-based Powervators®. 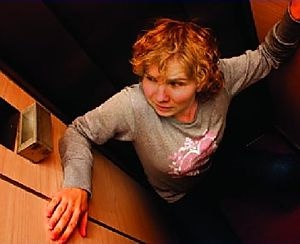 "A 25-year-old man died when he fell down an elevator shaft Monday night as he tried to climb out of an elevator stuck between floors at a new shopping and entertainment complex, a Fire Department spokesman said." - Reported by KOMO-TV Seattle

"A man's legs were severed early today as he tried to escape from inside an elevator packed with revelers leaving a party...police and witnesses said." - Online edition of the New York Post 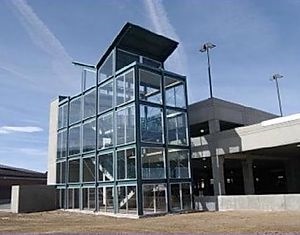 The Transportation Expansion (T-REX) Project is a $1.67 billion venture that is transforming the way people in the metro Denver area travel along the southeast corridor of Interstates 25 and 225. The T-REX project is adding 19 miles of light rail and improving 17 miles of highway through southeast Denver, Aurora, Greenwood Village, Centennial and Lone Tree. The project is the result of a unique collaboration between the Colorado Department of Transportation and the Regional Transportation District.